Going to the Doctor in Italy – Pathos, Schadenfreude and TMI 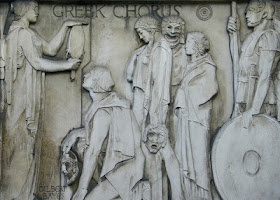 You all know I’m a fan of Italy’s healthcare system, and am no less so as of this writing. But going to the doctor in Italy, at least in Umbria, or at least in my village in Umbria, is a little like watching a Greek tragedy (the Romans copied that from the Greeks too, after all). And that’s just in the waiting room.

We live in a town of about 400 people, but I don’t know when the last reliable census was taken. Most of our residents are well past middle age. And in a small town like ours, everyone knows everyone else. They’re probably related by marriage or some distant cousin. Hell, we’ve only got like seven surnames in the whole town. Sometimes, just when I think I’ve got the Allerona family tree sorted out, I find out that two octogenarians are siblings, or that they shared a grandparent. And then I have to take out my mental eraser and redraw the family tree.

But back to the doctor. The way the system works here is that Dr. Marco keeps certain hours. Everyone knows what those hours are and if they need to see the doctor, they show up at his office during those hours. There are no appointments—it’s not even possible to make one if you wanted to. So beginning at 8:30, or 11, or whenever Dr. Marco is scheduled to show up, people start to file in the waiting room. They’re seen on a first come, first served basis and everyone respects the system. You walk in, ask, “Who’s last?” and in that way, you can keep track of when it’s your turn should more people show up after you.

The waiting room can be quite crowded, or it can be deserted. Everyone prays that the nasty woman who has a “precedente,” a card that says she can cut the line, doesn’t show up and butt in front of everyone. She hobbles in on a cane, overweight and reeking of cigarette smoke (seriously lady, you might feel better if you stopped smoking and lost 50 lbs.), waves her card around the room and says “I go first!” as if anyone didn’t know. She’s the reason my husband doesn’t eat cheese, but that’s another story.

As one person exits the doctor’s office, another enters. If a person has been in with the doctor a long time, we all start to sigh heavily and exchange raised-eyebrow glances. If you’re seated in the right place, you can see a shadow move under the door when the person gets up to leave, and you can nod to the others. 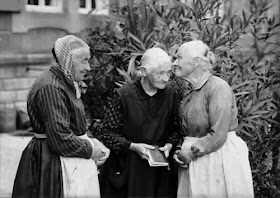 The waiting room is where residents seem to come to share their general laments on life, the state of Italy, the condition of our town, etc. Seriously, I’ve never heard a positive word spoken within those four walls. Witness a conversation I listened to yesterday:

The town is dying. Every house is empty. God help us.
Of course it is. We’ve had seven funerals in two months. God protect us.
Have you been to mass lately? Three people there the last time, including the priest! Good God.
The town is dying. When the bar is closed on Monday, it’s quiet as a tomb up there. My God.
All the young people have gone. Why would they stay? Jesus Mary.
And the taxes. Good God.
And all these young people doing drugs. God protect us.
And that man in Rome who threw his baby in the Tiber. God help us.

I don’t participate in these conversations for a couple of reasons. One, I don’t have much to contribute to the pathos and two, they’re speaking mostly in dialect and it’s hard for me to follow along. I occasionally look up and smile and nod, then go back to playing some game on my phone while trying to look like I’m doing something important. (I’d check Facebook or send emails if I could, but there’s no phone signal in the waiting room.) Yesterday I said, “It’s cold in here,” as it seemed like I should somehow join in the complaining. “Un freddo della Madonna,” (a cold of the Madonna—a common expression but seriously, I don’t really know what that means) someone added.

Once in a while, someone will look at me and ask, “La bimba?” (the girl?), inquiring about Naomi’s wellbeing. Yesterday, I felt like I’d really crossed an important hurdle when I was able to share that she’s been very sick, and rattled off a colorfully-described list of her maladies, but that she’s doing much better now. God protect her. God bless her, sang the Greek chorus. 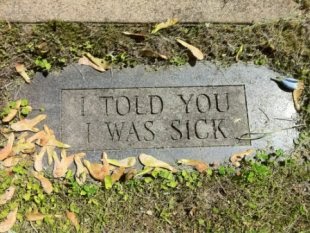 Most importantly, the doctor’s waiting room becomes the place to share one’s latest health woes, or those of a relative. And let me tell you, Italians do not hold back when they talk about their health problems, even—or especially?—when they’re gastrointestinal in nature, or, for women, related to their reproductive systems. I’ve heard of tales of tumors and phlegm and oozing sores, of faulty hearts and soaring blood sugar. I’ve heard vivid, vivid descriptions of shit—too much shit, shit of the wrong color or consistency, lack of shit, and hard-won shit. I once teased one of my family members about talking about shit (as opposed to talking shit, I guess) too much, and she was actually offended. “I’ll talk about shit if I want to!”

And then there’s the uteruses.

In a past life, I wrote medical coding newsletters for the billing departments of ObGyn practices. As a result, I have more than a layperson’s knowledge of problems and conditions of the female reproductive system, including uterine prolapse. For the uninitiated, uterine prolapse is basically when the muscles in the pelvic area no longer support the reproductive organs and things start to fall…out. It’s very common in women who have had multiple and/or difficult childbirths. One option for correcting uterine and other types of prolapse is a surgery that puts in a mesh-like sling to hold things in place. But these surgeries can fail over time, particularly if the woman engages in a lot of strenuous activity, say like picking olives or lifting sick and infirm husbands or fathers in an out of bed, shower, toilet, etc.

Suffice to say that several women in town, including a family member who shall remain nameless, have either opted not to have their uterine prolapse surgically corrected, or their sling surgery has failed, as my relative’s has. I sat in Dr. Marco’s waiting room one morning, recoiling in horror, as a trio of these women started comparing notes as to just how much of their uteruses had fallen out of their vaginas. One woman held out her hands, fingers and thumbs touching in a downward-pointing diamond, and said, “I’ve got a piece like this sticking out.” My family member said, “Oh shut up, some days I can barely walk.” “Oh my God,” said another, “don’t get me started.” (Please, please, don’t get her started…)

When she’s not complaining at the doctor’s office, my family member complains to me from time to time about her uterine prolapse, as it seems to come and go, or at least, wax and wane, depending on her activity levels. Every time she mentions it, I mumble something about how maybe she should see a doctor about getting that sling surgery redone. And then I excuse myself, race home and do some Kegel exercises. I’m hoping this ensures that in the future, when I sit in the doctor’s waiting room and watch for the shadow under the door, I’ll have neither a starring role nor a spot on the chorus line of our little Umbrian tragedy.